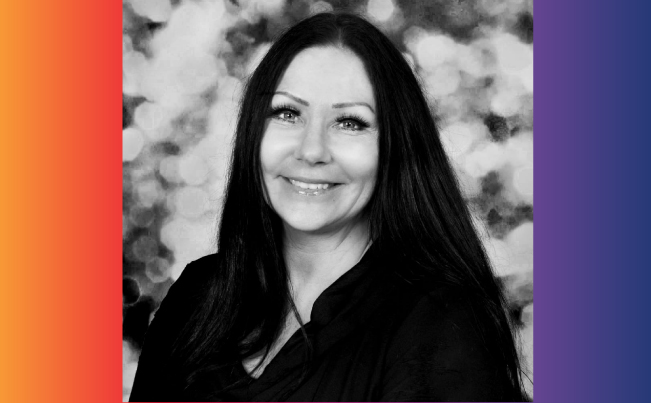 Janey Jane Byrne was originally from Stoke On Trent "Me Ducks" born 1968 to Barrie and Pam Davies. Janey came to live in Lincoln over 18 years ago and renewed her wedding vows (with Dave of course) at The Lincoln Cathedral by The Dean. Months later they were invited to dinner with the Dean finished off by apple scrumping in the Cathedral Orchard (Janey apple scrumping!).

Janey has worked at The Lincolnshire Echo as a receptionist then a recruit in the The Lincolnshire Police Force as a trainee constable but after a few weeks away training discovered it was not for her. Janey Jane returned to reception work with the Lincolnshire County Council and trained in Consumer Law for a while down at Witham Park House just by Our Lincoln City Radio unaware that one day she would be presenting on that very station.

Janey is a huge animal lover and has two dogs Bo the Rottie and Monty the Shar Pei plus Meeka the "micro " pig (well 24 stone) who is now ten years of age but still her baby girl and Meeka is quite the celebrity piggy many TV appearances and magazines with her pink tutu and painted trotters. Most of her money goes on feeding the stray cats, don’t forget Biscuit the radio station feline, the stray Doves, Meeka the piggy who loves Macaroni Cheese and popcorn and chicken for her dogs, poor Dave gets microwave meals!

After the pets comes Dave her husband of 30 years who was a Fire Fighter and now trains Fire Fighters at RAF Waddington and part of Urban Search and Rescue Team.

Janey Jane keeps healthy with her vegetarian diet and daily exercise but enjoys a glass of wine or two or three or four! She is very accident prone the last episode was a relaxing bath with candles and wine but it turned into a hair raising experience when her hair caught fire! Luckily dunking herself in the bath extinguished the flames (Janey Byrne married to a fire-fighter!) LOL.

Janey has been on the game show Total Wipeout and winded herself falling of the big red balls too!